Photos from my trip to China 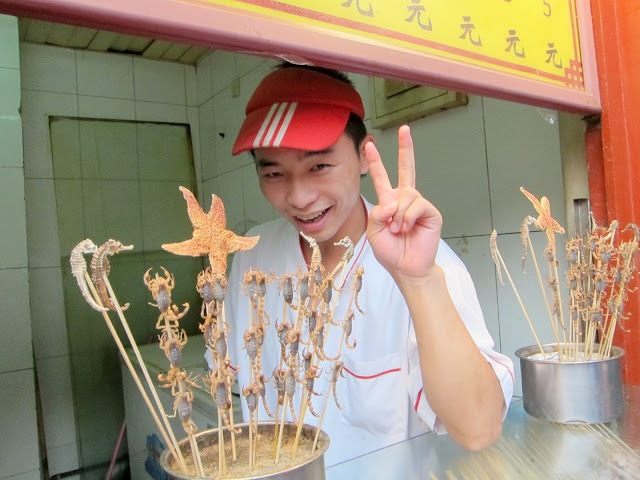 Click here for a photo slide show from my trip to Shanghai and Beijing
Posted by Cordelia No comments: 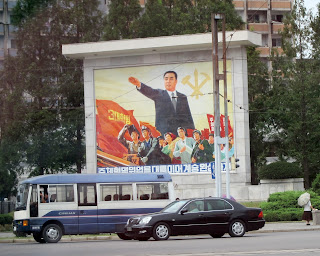 Arriving in North Korea is like stepping out of a time machine.  Soldiers are walking in the streets in the same uniforms from way back when. Citizens are working collectively on community volunteer projects like planting flowers for road beautification or repairing sidewalks. Farmers are working in the fields just outside the city perimeter. There is very little car traffic.  (With the economic embargo, gasoline is hard to get so the issue seems to be framed that not driving is the patriotic thing to do.  Sundays, the day we arrived was a voluntary no driving day. Though it was also not clear to me how many people even have cars?) Rusty old buses and street cars are packed with people and seem to run constantly.  The sidewalks are packed with people walking to get places.  Many others ride bicycles.
Simpler images of the 50s come to mind.  For me, it brought back strong memories of visiting the U.S.S.R. in the 80s with giant, uniform, high rise concrete buildings, small stores selling almost nothing, no advertising, and simple signage accented with bright obvious propaganda images on billboards all over.  And like my trip to the U.S.S.R. my movements were completely controlled and monitored and I was only allowed to see and talk to people they wanted me to.

There are lots of big granite memorials, statues, obelisks celebrating the ideals of the regime. (North Korea is a major exporter of granite but apparently they keep a little of it to make their own statues!)

Women dress much more conservatively than most modern standards, though many others look a lot like 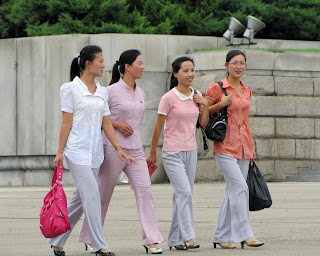 working women everywhere with their hair pulled back into pony tales, button down cotton shirts, pencil skirts and pumps.  Men are almost all dressed in drab green or gray short sleeved suits or army uniforms.  Many women wore traditional dress for their work uniforms which adds a colorful element to the streets and certainly looks like it’s from another era and seems out of place in the communist washed out hues.  (This might be my favorite traditional dress of anywhere I’ve ever been.) Many children wear uniforms.  Boy and girls are seen wearing red neckerchiefs walking in large groups singing together.   Nationalist tunes seem to be pumped out into the air all over the place in a mind numbing way.  (My hotel room was on the 39th floor on an island but still I could hear the tunes either being sung by marching groups or out of loud speakers.  It definitely was surreal.)


It’s very hard to describe this all and give you the real feel.  In one way it was very soothing.  Things feel orderly and under control in a way that I didn’t question until I thought about how it could be this way without real enforcement.  Apartment buildings look alike and are painted in light pastels.  Everything flows nicely.  Soldiers are EVERYWHERE but they are sloppy and a bit ragtag and don’t feel so oppressive.  It’s hard to imagine them being the fighting force that our government is so afraid of.   Their vehicles are still from the time of the Korean War and I kept hoping Hawkeye Pierce would drive by on one of the old green jeeps.  (Gotta start watching MASH again.)
Posted by Cordelia No comments:

Dancing on Youth Day in Pyongyang 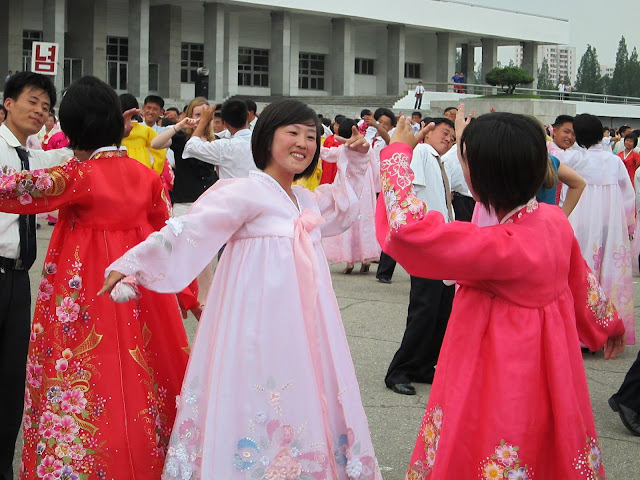 We were able to join these beautiful girls on Youth Day and learn traditional dances.
If you want to see the 1000s of people dancing like this
click here for a little video of what it looked like.

North Korea: Totally Cut Off From the Outside World

The most amazing thing about North Korea to me is that in a time where information is flattening the world North Korean’s live totally cut off from information.  Everything feels stopped in time.  Even when I travel very off the beaten path in Africa there are people with email addresses, access to the internet and cell phones that keep them connected outside their smaller circles.

In North Korea, the regime has managed to keep the internet and international cell phones out (though it appears that Chinese networks are becoming available to people who live near the border and they allow contact with people outside of  North Korea.)  Mostly people learn about the world through what seemed like one newspaper that was posted in frames on subway platforms and a few public places where people stood to read it together.  There are also a few TV channels but if my watching was any indication of their programming it’s more just a replaying of the propaganda message of the Supreme Leader Kim Il Sung and the Dear Leader Kim Jung il and their activities.
Posted by Cordelia No comments: 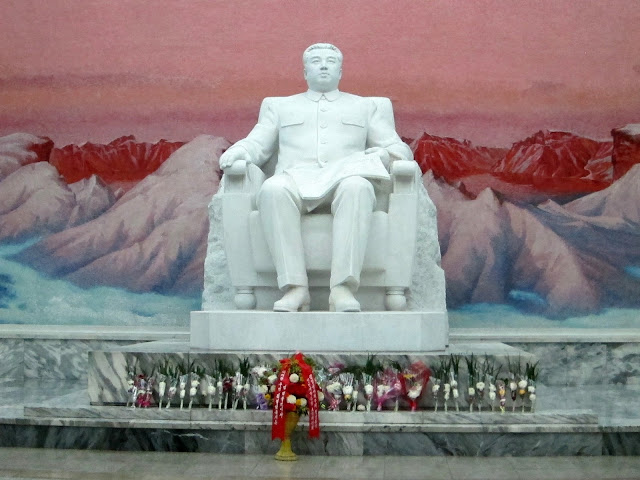 Images of the Great Leader, Kim Il Sung are everywhere.  Statues, photos in every room, paintings, billboards.
Posted by Cordelia No comments:

Do any of you remember the Beijing Olympics Opening Ceremony where 1000s of people danced and did acrobatics? Do you remember how beautiful and exact it all was? Well in North Korea, somewhere between 70,000 and 100,000 people dance every night for 90 days each year. The dances tell the stories of the founding of the nation and are the most incredible show I have ever seen and that is an understatement.  The video clips combined with the still shots give you a pretty good idea of what it looked like.

This was so incredible that looking at it again makes me want to go all the way back to North Korea next year to see it again!
Posted by Cordelia No comments: 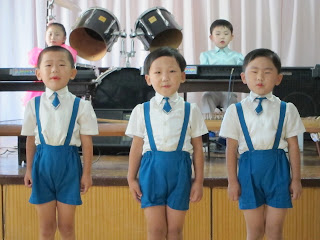 My Global Exchange "Reality Tour" of North Korea didn't really expose us to that much of the DPRK reality since the government keeps very close tabs on all tourists and only lets us see what they want to see, which means we mostly visited the standard tourist sights, but we were able to have one amazing visit that gave us insight into the culture.  We visited a gigantic kindergarten in Pyongyang where kids are brought in on Monday morning and not picked up till Saturday.  The place was kind of unreal.  5-6 year olds gave us amazing performances and behaved impeccably and all I could think was these kids are going to be the elite ruling class in the years to come.  Either that or they are going to be dancers in the Arirang Mass Games.

In any case, this was one of the places that made me really question life in North Korea.  I was not under an illusion that everything was perfect, but some of the aspects of a society like this were appealing, but the lack of free thought and movement, something I treasure so much, is so apparent and really makes me want to scratch even deeper under the surface to understand what it is like to grow up in North Korea when you don't know there is another world out there.